On November 21.-22. the Parker Project hosted the the Vehicle-Grid Integration Summit at DTU Risø, which marked the official end of the project. Over the past two years, Parker has validated that series-produced electric vehicles as part of an operational fleet can store electricity and stabilize the power grid. Stabilizing is essential to develop an energy systems based on renewables. Vehicle-Grid Integration seems to have business potential. 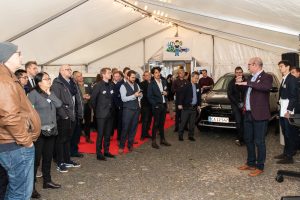 Christensen refers to the battery in an EV that can store excess electricity from the grid in times when renewables like solar PV and windmills produce more electricity than demanded.

Technology like Vehicle-to-Grid (V2G) allows EVs to be an integrated part of the grid, not only charging and storing energy, but also sending the electricity back into the grid, stabilizing it if low on electricity and preventing black-outs, he explains.

“That is why Parker focused on applications,” Christensen says.

The technology works and is moving towards universal standards
Day one of the summit was dedicated mainly to revealing the results of the Parker Project, which reported its findings from the last two years this month. Besides Parker, the related VGI project ACES on Bornholm gave a midway project overview. The activities of ACES is described in another article. Day two featured leading international experts and projects on VGI and V2G. 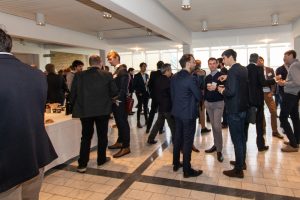 The main findings in the Parker Project were very positive.

“We have been able to show that V2G-technology works in a number of commercial electric cars. We have shown that the technology can be commercialized, and has been commercialized in Denmark. And finally, that we are moving towards a universal support of V2G among all car brands and across different geographies,” says Parker Project leader and Senior Researcher at DTU Elektro, Peter Bach Andersen.

Bach Andersen explains that the electric cars which Parker have been working on are ready to provide advanced grid services. But this is not the case for all EVs on the market. That is why Parker has specified the technical parameters (grid keys) needed by electric vehicles to provide power and energy services to the grid and made a test protocol.

“We ultimately hope that these capabilities that are already present in some models, will be universally supported in all car models and across different geographies in the future,” Bach Andersen says.

“The power electronics can be controlled, the battery can be bi-directional. What is needed is standardized control of the grid key parameters implemented in the existing standards controlling the EV and chargers. Without grid keys, the car will not know when to charge or discharge, and the owner of the car will not be paid for the services the EV provides to the grid,” he says. 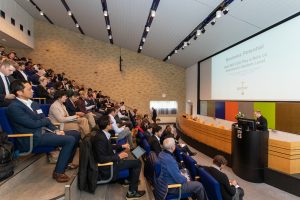 V2G has business potential
Parker has tested V2G on an operational municipal fleet at Frederiksberg Forsyning. Apart from doing normal daily driving, the 10 Nissan e-NV-2001 have been performing 100 hours of V2G per EV per week, returning 130,000 KWh to the grid since September 6, 2016 (equivalent to 21 one family houses’ consumption per year), Bjørn Christensen explains.

130,000 kg CO2 emission have been saved, and each car has generated 1,860 € per year in market participation revenue on average, he continues. The conclusion seems to be that VGI has business potential.

But “getting VGI-technology in the hands of all EV owners to the benefit of everyone,” as Peter Bach Andersen says in his speech, is a bit further down the road, and out of the hand of the project.

One of the largest barriers that VGI has to climb before rolling out V2G technology worldwide – besides upgrading the standards with grid keys- is taxation and regulations. Green transition needs political action now, as various speakers during the day points out.

Low tax and regulation free zones key to vanguard position
If we want to keep our world-leading position on renewable energy 15 years from now, the world will not ask Denmark to produce the electric cars or look to how many wind turbines we have. They will ask:

”How do we get rid of the fossil fired plants, that we need as backup capacity?,” Jens Joel, Energy and climate spokesperson of the Social Democrats, says in his speech.

”We will not be the ones producing the cars. But we might be the ones making the grid that interacts with the cars, making it much more viable to have a 100 % renewable driven car fleet in only 10-20 years from now,” he says. 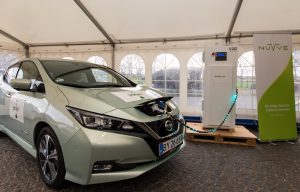 The crucial prerequisite for that is the triangle between political vision and commitment, very skilled companies and entrepreneurs, and public funding for research and development, Joel stresses.

“We need regulation free zones, where we can make the interaction between authorities, grid companies and private companies more flexible and remove some of the barriers there is today for integrating,” says Joel and continues: “Furthermore we need to make municipalities and public procurements part of the green transition by offering them an economical bonus for changing from fossil to green cars, and we need lower tax on electricity used to charge EVs.”

”Green transition is like riding a bicycle. You cannot rest. If you do not move forward, you will tilt. And in green transition that means that someone else will take over,” Joel concluded.

Get all the presentations from the summit